Recovery Is Possible: A Paramedic’s Story 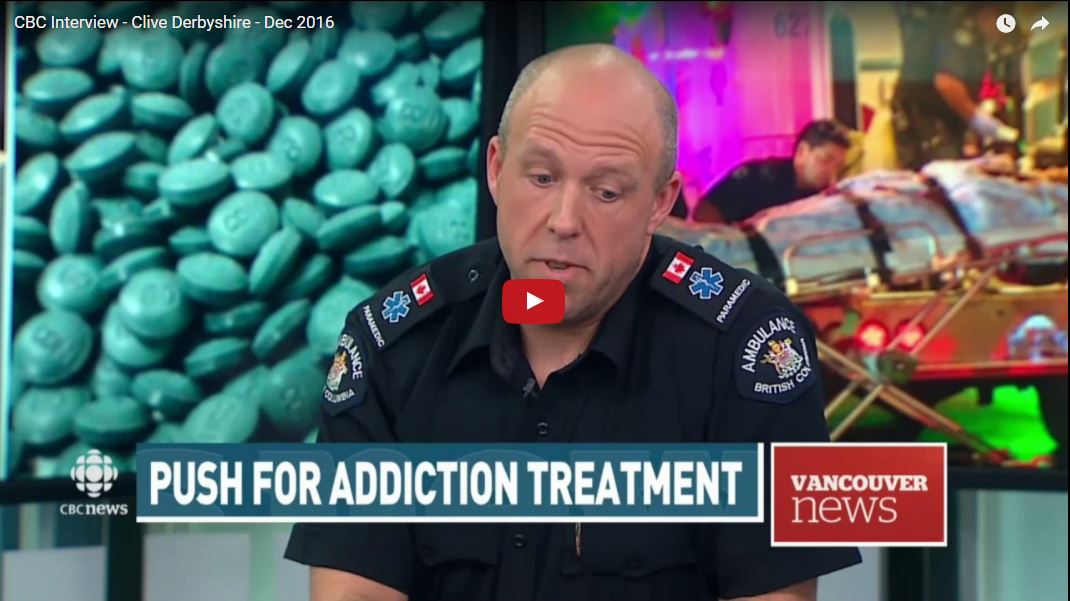 Recovery Is Possible: A Paramedic’s Story

Together We Can alumni and first responder Clive Derbyshire was recently asked to conduct a video interview on CBC News Vancouver. Clive shared his thoughts pertaining to the overdose epidemic in our city as well as his own personal struggles and triumphs in recovery.

Paramedics and firefighters in our province have experienced an onslaught of misery and trauma this year due to a seemingly endless successions of overdoses. There were 622 apparent illicit drug overdose deaths from Jan to Oct 2016 in BC and the death toll at the end of the year is projected to be over 800.

According to B.C.’s ambulance paramedics union representatives, first responders have dealt with as many as 170 calls a day related to the fentanyl crisis this past year.

With emergency rooms more crowded than ever and naloxone failing to counteract fentanyl overdoses, these brave men and women have a difficult time seeing any light at the end of the proverbial tunnel.

Clive speaks about how important his time at TWC’s Alliance Program was for him to form a solid support group of like-minded individuals with similar goals and aspirations in recovery. Before his interview on CBC, Clive spoke at the Overdose Candlelight Vigil on December 17th  in honour of those who have lost their lives.

As a BC paramedic, “empathy fatigue” and PTSD symptoms fill Clive’s ongoing journey in recovery with a complex series of barriers and obstacles. The resilience and perseverance he has shown is truly remarkable and we could not be more proud of his accomplishments thus far.

“They have to reach out for help. They have to ask, and for that to happen, the stigma of addiction has to go away. Until people can see through that and people feel safe to reach out and ask for help then there’s a barrier to any kind of help.”