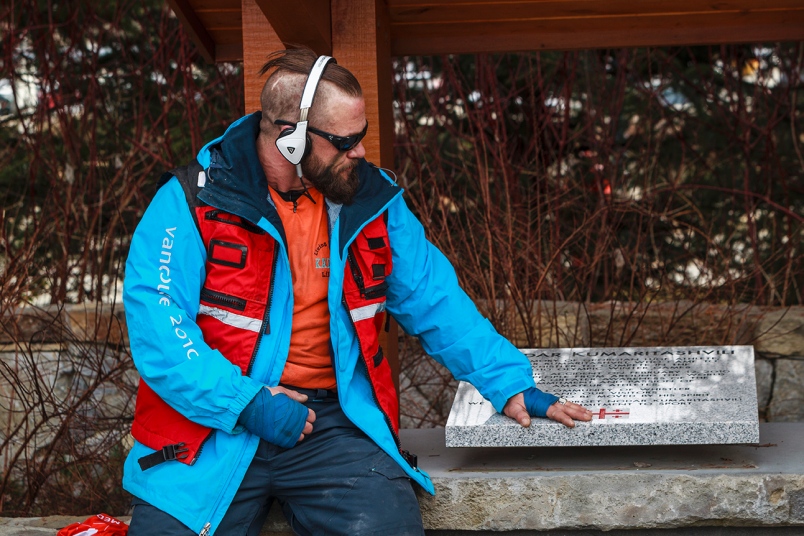 Though it has been almost seven years, Terrance Kosikar’s voice still fills with emotion when he recalls the tragedy.

Kosikar, 43, was a first responder at the Whistler Sliding Centre when Georgian luge athlete Nodar Kumaritashvili fatally crashed during a training run on the day of the opening ceremonies of the 2010 Winter Olympic Games.

Though he went back to work after the traumatic event and put on a happy face, a downward post-traumatic stress spiral had begun.

Kosikar tried to commit suicide several times in the coming years and fell into drug addiction due to the guilt and flashbacks over the fatal crash, he told The Squamish Chief.

Recovery for Kosikar has been a long road that includes keeping fit, spending time in nature and finding purpose in helping others with the disorder.

Over the last year he has worked to raise awareness about PTSD and to lobby for change to both attitudes and legislation that hinders first responders’ access to help.

Kosikar is launching a book about his experiences and a new campaign this February.

“The true facts of why we are where we are today,” he said of the self-published book, Let the Games Begin, that will be launched Feb. 12 on the seventh anniversary of Kumaritashvili’s death. The book will chronicle Kosikar’s life and the events surrounding the death.

He will be flipping a huge tractor tire in Olympic Plaza to draw attention to his cause, starting at 1 p.m. that day. The event will launch Kosikar‘s “It’s Not Weak To Speak” campaign that will take him on a 1,152-kilometre journey around B.C.

The campaign aims to de-stigmatize the disorder and gain further support for a private member’s bill he inspired last year.

Should the bill, which passed unanimously on first reading, ultimately be adopted, WorkSafeBC will assume a first responder who develops PTSD did so because of their job. Alberta and Manitoba already have such legislation.

Currently in B.C., Kosikar said it is a complicated process to be approved for benefits through WorkSafe if the claim is for PTSD. He was denied both his original application and his appeal and asked for 10 years of his medical records in the process, he said.

“We know today that first responders, including police officers, firefighters, paramedics, 911 dispatchers, sheriffs and corrections officers, suffer PTSD at more than double the rate of the general population,” Simpson said when introducing the bill, according to the official transcript published on Simpson’s website.

Since 2014, 179 Canadian public safety and military personnel have died by suicide, according to The Tema Conter Memorial Trust, which tracks such deaths.

A WorkSafeBC spokesperson said the organization could not comment on proposed changes to legislation, but said if applicants were not happy with a WorkSafe decision they could appeal.

The organization is currently adjusting its tracking requirements so that future data can reflect claims that are initially filed, but that information is not currently available.

For those who may be suffering with PTSD, Kosikar said the key is to reach out.

“Talk to your friend, your brother, your co-worker, your boss,” he said. “What you are living with and feeling today, there are many other people out there who feel the same way.”