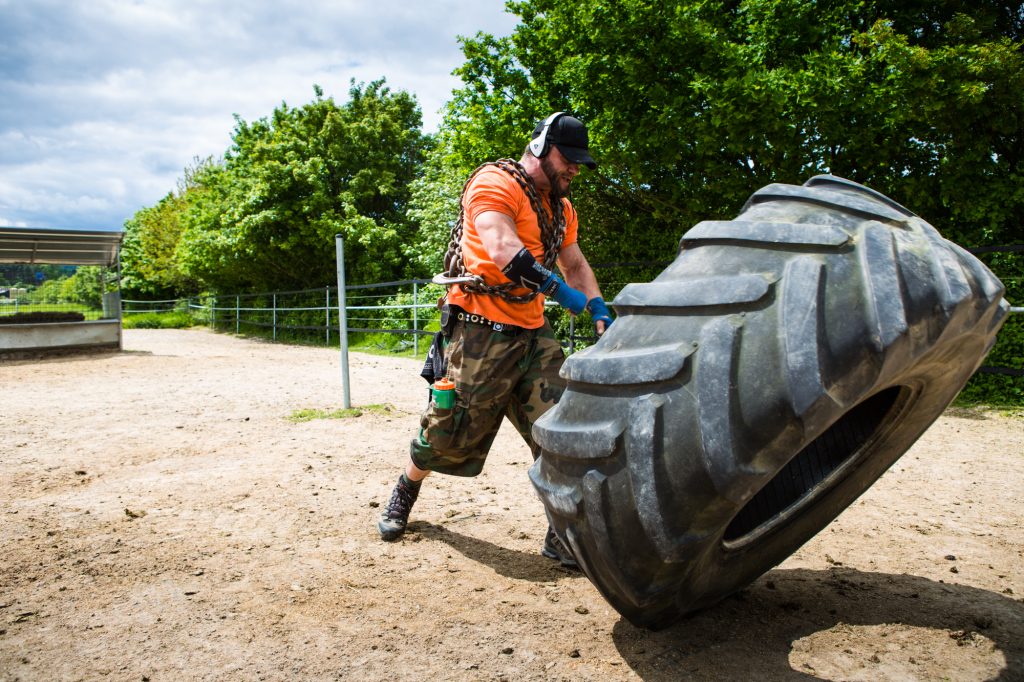 FORMER BC FIRST RESPONDER RAISING AWARENESS TO PTSD by flipping a 400 pound tractor tire several kilometres while shackled in over 50 pounds of solid steel chain.

On July 23rd- 24th,Terrance Joseph Kosikar will be flipping his tire in English Bay and around the sea wall ( Stanley Park) for another few kilometres to raise awareness to PTSD. By raising awareness about this debilitating mental illness, his hope is to help First Responders suffering from PTSD get the support and treatment they need. 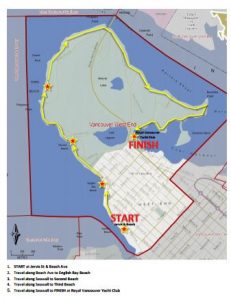 Feb 12, 2016
Kosikar flipped a 400 pound tractor tire 30 kilometres in 30 days through the Cayoosh Mountains of BC wearing 52 pounds of solid steel chain. The symbolism is clear and poignant. The chains of PTSD are invisible but no less constraining and burdensome than steel – and the dead weight of public and bureaucratic misunderstanding and indifference as awkward and unwieldy to move forward as a huge tractor tire.

Upon completing his 30 day journey, he flew to Germany to work closely with the Bad Homburg Fire dept, Police Dept and Paramedics. Germany has no record of any First Responders ending their lives as a result of living with PTSD. In Canada in the last 2 years over 100 First Responders who had been diagnosed with PTSD have died by suicide. Kosikar wanted to know why the statistics are so startlingly different.

While in Germany, he took his tire and chains to a Harley Davidson Magic Bike week motorcycle rally in Ruedesheim and raised awareness to PTSD to over 20 000 bikers and members of NATO / First Responders

Upon arriving back in Canada on July 1st Canada Day, Kosikar took his tire over to the Legislature Building in Victoria BC to inform the public how WCB does not recognize PTSD as a workplace injury and ask them help by signing a petition “Presumption of Illness”. With the help of Victoria Buzz article on this event, so far there are 2400 signatures on the petition in the last 2 weeks.

February 12, 2016 marked the 6 year anniversary of the death of Nodar Kumaritshvilli. the Luge athlete killed just before opening ceremonies at the Vancouver 2010 Winter Olympics. Kosikar was the First Responder to that fatal accident . Although he was well trained in a myriad of life saving techniques, he was not prepared to deal with the emotional impact sustained when those techniques were not enough. As a result of the fatality, he developed PTSD that launched him into a very costly downward spiral. During several years of severe depression, anxiety, nightmares, and substance abuse, he lost his family, career, and nearly his life.

Your coverage of this event will help raise crucial awareness to PTSD in First Responders, and help Break the Chains of Silence.

Thank you for your time and consideration.